Over 5k comments to DEC asking to deny “Constitution” pipeline

Over 5k comments to DEC asking to deny “Constitution” pipeline

Stop the Pipeline (STP) delivers over five-thousand written comments to the New York State Department of Environmental Conservation (DEC) regarding the proposed “Constitution” pipeline.
For the past two months, STP has been educating the public and organizing a letter writing campaign to respond to applications for a 401 water quality certificate and four related permits needed for a controversial 124-mile pipeline project, proposed to carry fracked gas from Susquehanna County Pennsylvania to Wright, New York. To grant the 401 Water Quality Certificate, DEC needs to find that the project would not violate New York State’s strict water quality standards. If DEC denies the application, the pipeline would not be built.

“This project is like trying to force a square peg into a round hole,” said Anne Marie Garti, a founding member of STP, and an environmental attorney working with the Pace Environmental Litigation Clinic, Inc. on behalf of the group. “It simply cannot be done without violating laws that are meant to protect us.”

The Clinic is submitting hundreds of pages of legal and technical comments to the DEC. These include a scientific report by Hudsonia on the impacts of the proposed pipeline to water quality, aquatic species, and species dependent on aquatic habitat.

The proposed pipeline would require crossing over 270 bodies of water, many of them especially protected trout streams, and require the destruction of 1000 acres of forest in an area prone to extreme storms that have already lead to billions of dollars of damage. These types of storms are expected to grow worse as climate change intensifies.

“Our land has steep terrain, held together by mature trees, yet recent flash floods have twice washed out the public road,” said Dan Brignoli, a local resident whose land is being taken through eminent domain. “The pipeline construction would just make it worse. This company has been harassing and bullying us for almost three years, and now they are taking our land so they can increase their profits. There’s no public interest involved.”

Over 700 parcels of land are affected by the proposed pipeline, and over 120 landowners are currently having their property taken through eminent domain proceedings in the Northern District of New York. An injunction is being granted for access to their land before the company has acquired the 401 water quality certificate, which is contrary to the requirements of the federal Clean Water Act.
“This community has done an amazing job of digging into the enormous documentation contained in the government’s environmental impact statement and the application for the 401 Water Quality Certificate,” said Mark Pezatti, a steering committee member of STP.  “Dozens of volunteers and hundreds of regular citizens have spent thousands of hours with these complicated, and often opaque, documents. The outpouring of comments asking the DEC to deny the application is nothing short of incredible.”

The boxes of comments being delivered to DEC are from a sparsely populated area of the state.

“The sheer number of comments prove that New Yorkers know that their livelihoods, health, and the future prospects of their children are being threatened by this destructive Constitution pipeline project,” said Robert Nied, a director of the Center for Sustainable Rural Communities, who has been collaborating with STP on this project. 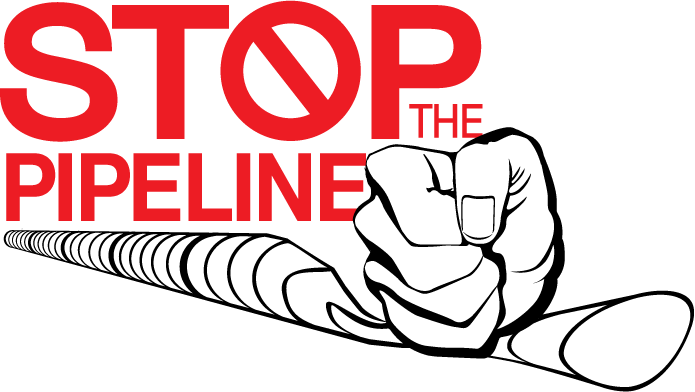